I have this morning been following the issue of Homelessness and in particular the comments made on the subject and to honest I have been appalled by many of them.

Most seen to blame the homelessness on immigration but that does not cut it and is just harking to tory ideology as there are many issues as the cause and is not immigration alone although that can be part of the issue as many homeless are immigrants too.

Maybe if this Tory Govt was not involved in the bombing of middle eastern nations they would not feel the need to come as indeed many immigrants trying to get here have said they want to go home and do tell me given the state of the UK why would they want to come and stay here anyway as we are hardly the great nation we used to be.

No there is more to homelessness than immigration alone and those who believe that is the singular cause clearly has not done their research.

These are just some of the issues that need collective thinking to solve the disgrace that is homelessness but there are no doubt may more but above all we need a compassionate society as that we have in us all even dare I say Mr May as she is after all a christian.

There is no excuse for homelessness none whatsoever and services should be intervening before citizens get to this point  and until we get our backsides in gear to sort it this will continue: 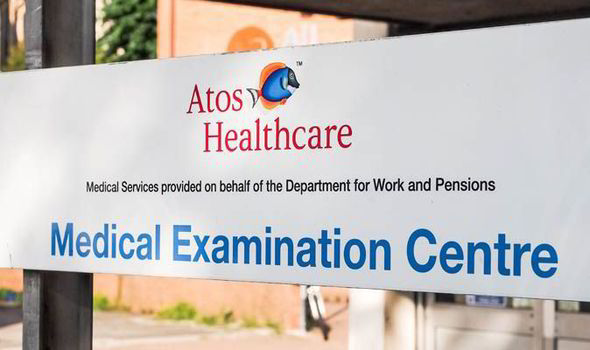 Atos don’t provide medical assessments for disabled people needing to claim support: they provide ‘functional’ assessments, as ‘disability analysts’, who ‘focus on what you can do, rather tan what you can’t.’

I wrote an article recently, which was published by Welfare Weekly, about the Work and Pensions Committee inquiry into Personal Independence Payment (PIP) and Employment and Support Allowance (ESA) assessments.

The editor of Welfare Weekly, Steven Preece, forwarded an email to me regarding my article, marked ‘high importance’. It said:

Please could you ask Sue Jones to give me a quick ring on 0141 221 0707 re the article in the link below. We represent Atos and I’d like to have a quick chat about a couple of point in the article which are inaccurate.

Apologies for the email but I couldn’t find any numbers…