………Indeed this was Iain Duncan Smiths GOAL all along.

Right my complaint has been ongoing ever since migration from Incapacity Benefit and indeed it has turned into a giant of a complaint spanning a couple of years as the blogs above show (they are spread all over this blog so decided to bring them all onto one page) .

There are moral points of view regarding this complaint which as you know our government does not take into consideration and thus it is my believe that this is partly why they are going wrong also after all not everyone fits in the same bag but that is what they are trying to do.

There has to be some understanding, compassion and empathy shown but what we are seeing is lies and brutality and that has to stop anyway I will detail the moral issues in my just and rightful claim to ESA here and you tell me if I am wrong.

I had my SAH/STROKE some years ago in April 1990 and worked hard in the years before this tragic event in my life I never asked for it just happened but we all pick up the pieces and rebuild to make life as best can be and thus after 18 mths of rehabilitation returned to work indeed this governments aims yes and not the feckless scrounging scum they have you believe.

I stayed in work for 17 years although due to my then disabilities as a result of the SAH/Stroke and discrimination could not hold a job down long enough indeed the longest was 9 years for one employer but was never out of work and always found a new post in a matter of days indeed work was good then unlike now.

During these 17 years of employment post disability I never claimed a penny in disability benefits indeed I could have claimed DLA but I never for two reasons firstly due to my disabilities I tired easily and by the time I got home had a couple of hours with my wife and boys and then it was bed so had little time to deal with it all and secondly I had a morel conscience and thought as I was earning enough did not need it and there was those more deserving than me after all I had a job so never claimed until I felt I had a real need.

Do you remember Cameron saying ” No one should claim benefits unless they had a real need”? I do and saw him say it on TV now stop and wonder how that must of made me feel because I felt like throwing them boots at the TV.

Indeed little did he know I and no doubt many others had been doing exactly that for years previously.

Now there is Mortgage Interest Support available to pay the interest on my mortgage, but this I refuse to claim why? because it is my mortgage that I chose to have and pay and would like the benefit of knowing that I paid it myself in times of hard and good, no one told me to get the mortgage it was my decision so why should the taxpayer bail me out even if MP’s are bailed out every day at least I have morels.

I am old school with a mind although now knackered past onto me from my father.

So you see over these past 24 years I have done my far share of bailing out this Govt and it stops here and why I continue to fight for the pittance of £400 a month ESA because I have done nothing wrong and been a good egg.

If this feels for you please share and RT

Disabled people have today occupied the grounds of Westminster Abbey in protest at the closure of the Independent Living Fund.

In a bold escalation of the campaign against this vicious move, the protesters are currently establishing a camp for independent living,  Campaigners want to draw attention to this Government’s treatment of severely disabled people who depend on the ILF to lead independent lives.

The camp is being organised by Disabled People Against Cuts with backing from Occupy and UK Uncut and comes after over three years campaigning against the closure of the ILF, a move which has already been found illegal in the Appeal Court.  Disabled people’s organisations have warned that shutting down the fund is likely to lead to some people being forced to live in  institutions due to local council cutbacks. 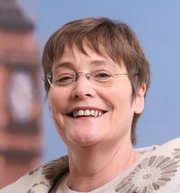 Speaking on BBC Radio 4’s Today programme, Dame Anne Begg, chair of the work and pensions select committee,  said last Friday that large groups of people appear to have been “parked” on the benefit in the “work-related activity” group, which covers all those found neither to be fully fit for work nor so disabled that they cannot be expected to look for employment.

Disability activists across the country will be as delighted as Pat’s Petition and CarerWatch that politicians are finally admitting to the false premise on which Employment and Support Allowance (ESA) was based.

ESA is a failed experiment conducted live on sick and disabled people.

Sick and disabled people who are assigned to the WRAG are found not fully fit for work. Almost none of them are… 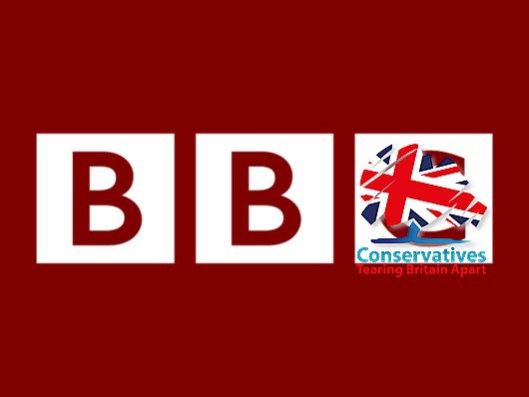 Vox Political readers forcemajeure007 and Sarah Ledsom have been in touch to forward the responses they have received from the BBC to their complaints about the non-coverage of the People’s Assembly anti-austerity demonstration on Saturday.

Like the (lack of) coverage itself, it is extremely disappointing.

Both commenters received exactly the same response, with the only change in wording at the top – their own names. The remainder reads as follows:

“Thanks for contacting us about coverage of the People’s Assembly anti-austerity demonstration on 21 June.

“We understand you feel there was insufficient coverage of this demonstration by BBC News.

“We have received a wide range of feedback about our coverage of this story. In order to use our TV licence fee resources efficiently, this general response aims to answer the key concerns raised, but we apologise in advance if it doesn’t address your specific points in the manner you would…

Good news! The report on disabled people’s human rights, which I’ve been working on for 6 months, is to be launched on Monday 7 July.

Last November, I was commissioned by Just Fair to produce a report entitled “Dignity and Opportunity for All: Securing the rights of disabled people in the austerity era”, to help fulfil the charity’s aim to increase understanding of economic and social rights and ensure that law, policy and practice comply with the UK’s international human rights obligations. The report analyses the extent to which the UK Government is meeting its obligations to respect, protect and fulfil some key disabled people’s rights, including the rights to independent living, work, social security and an adequate standard of living. These rights are set out in the UN Convention on the Rights of Persons with Disabilities (UNCRPD) and the International Covenant on Economic, Social and Cultural Rights (ICESCR).

The analysis is rigorous and evidence-based…

……….. You tell me if they ring true or just baloney

1. Britain is characterized not just by its independence but, above all, by its openness.

2. When you’re taking the country through difficult times and difficult decisions you’ve got to take the country with you. That means permanently trying to make the argument that what you’re doing is fair and seen to be fair.

3. There’s another way we are getting behind business – by sorting out the banks. Taxpayers bailed you out. Now it’s time for you to repay the favour and start lending to Britain’s small businesses.

4. We spend billions of pounds on welfare, yet millions are trapped on welfare. It’s not worth their while going into work.

5. I mean, I’m a conservative. I believe that, you know, if you borrow too much, you just build up debts for your children to pay off. You put pressure on interest rates. You put at risk your economy. That’s the case in Britain. We’re not a reserve currency, so we need to get on and deal with this issue.

6. At a time when we’re having to take such difficult decisions about how to cut back without damaging the things that matter the most, we should strain every sinew to cut error, waste and fraud.

7. But we will say something else. That for far too long in this country, people who can work, people who are able to work, and people who choose not to work: you cannot go on claiming welfare like you are now.

8. On the one hand we have got to ask, are there some areas of universal benefits that are no longer affordable? But on the other hand let us look at the issue of dependency where we have trapped people in poverty through the extent of welfare that they have.

9. If you can work and if you’re offered a job and you don’t take it, you cannot continue to claim benefits. It will be extremely tough.

11. People are increasingly frustrated that decisions taken further and further away from them mean their living standards are slashed through enforced austerity or their taxes are used to bail out governments on the other side of the continent.

12. What we’re putting forward is the most radical reform of the welfare state… for 60 years. I think it will have a transformative effect in making sure that everyone is better off in work and better off working rather than on benefits.

13. If we are going to try to get across to the poorest people in the world that we care about their plight and we want them to join one world with the rest of us, we have got to make promises and keep promises.

14. We cannot go on as we are with 2.6 million people on incapacity benefit, 500,000 of them are under 35. Are we really saying there are half a million people in this country under 35 who are simply too ill to work? I don’t think that’s right.

15. It is vital that we get these policies right as we take forward our plans to drive down the deficit and transform our economy.

So there you are and still pumping out all the baloney one wonders how he gets away with it some must have short memories.
You can read more here:
http://www.brainyquote.com/quotes/authors/d/david_cameron.html

(not satire – it’s the Tories and the Lib Dems!)

The NHS has been severely damaged by the coalition government over the last 4 years.

But don’t just take my word for that.

Dr Mark Porter, the head of the BMA, thinks so too. That’s not just some lefty anti-government think-tank – that’s the British Medical Association, which represents 153,000 doctors, GPs and other medical specialists and staff across the country.

Dr Porter gave a devastating speech today to the BMA Annual Representatives Meeting in which he astonishingly said the coalition government must “face up to the damage that they have done” to the NHS.

In his dramatic speech, Dr Porter specifically listed the ways that the NHS has been damaged over the last 4 years by the Tories and the Liberal Democrats: