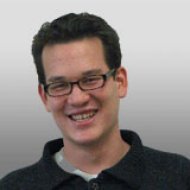 Most Ph.D. students spend their days reading esoteric books and stressing out about the tenure-track job market. Thomas Herndon, a 28-year-old economics grad student at UMass Amherst, just used part of his spring semester to shake the intellectual foundation of the global austerity movement.

Herndon became instantly famous in nerdy economics circles this week as the lead author of a recent paper, “Does High Public Debt Consistently Stifle Economic Growth? A Critique of Reinhart and Rogoff,” that took aim at a massively influential study by two Harvard professors named Carmen Reinhart and Kenneth Rogoff.  Herndon found some hidden errors in Reinhart and Rogoff’s data set, then calmly took the entire study out back and slaughtered it. Herndon’s takedown — which first appeared in a Mike Konczal post that crashed its host site with traffic — was an immediate sensation. It was cited by prominent anti-austerians like Paul Krugman, spoken about by incoming Bank of England governor Mark Carney, and mentioned on CNBC and several other news outlets as proof that the pro-austerity movement is based, at least in part, on bogus math.

We spoke to Herndon about his crazy week, and how he’s planning to celebrate his epic wonk takedown.